The Ghost of the Norseman

1956 Chrysler Norseman - A Specter from the Wreck of the Andrea Doria
Text by David W. Temple
Photos from Chrysler Historical Collection, Marty Martino, and author's files

More than two-hundred feet beneath the Atlantic Ocean and deep within the darkened hull of the 697-foot long Italian ocean liner Andrea Doria lays the debris of what was once an experimental dream car. The ship sank several hours after being struck by the Stockholm on the night of July 25, 1956. As a result, the unique lines of the Ghia-built 1956 Chrysler Norseman were destined never to be seen by those who designed it, nor were the spectators of the coming auto shows going to have the opportunity to ooh and ahh at the stylish fastback. The few people who did were the craftsmen at Ghia in Turin, Italy and possibly the people who loaded the car aboard the ship as well as some of its crew, or maybe not. That would depend on whether the car was crated or placed on a pallet as was customary for Chrysler’s other Ghia-built show cars. No one is absolutely certain of the method employed. It was probably in cargo hold number two, but even that is an uncertainty.
Photographs of the car are rare. Evidently no color ones were ever taken resulting in conflicting information about its color scheme. Was it silver or green? We will probably never know. The few black & whites taken of the Norseman were done at Ghia shortly before the car was sent to the loading dock. The negatives for the interior photos seemed to have been lost and original prints are extremely scarce. This car was almost completely lost to history.
There are a few facts about this sunken show car that have survived over the last five-and-a-half decades, though. The origin of the Norseman was sometime during 1953 in a studio occupied by imaginative stylists such as Cliff Voss, William Brownlie, as well as others along with capable engineers and managers who were all under the legendary leadership of Virgil M. Exner. (Coincidentally, the Andrea Doria went into service that same year.) The car's name was derived from Exner's Norwegian heritage.
The team spent 50,000 man-hours and approximately $200,000 to design and build the Norseman. Ghia needed 15 months to construct the one-of-a-kind idea car.
Arguably, the most unusual feature of the Norseman to emerge from Chrysler’s design studio was its cantilever roof. The Norseman is nearly unique in this regard since no production car and very few show cars have had this feature. Perhaps the concept would have been adopted for production if the car had not been lost. The lack of A-pillars gave an unobstructed view through the wraparound windshield; the idea had much appeal with Exner. According to his son, Virgil Jr., “He liked to provide good visibility in his cars.”
There was more than good visibility involved in the design. Glassmaker, PPG, built the heat-treated structural windshield to make it more crash resistant. Furthermore, the roof was attached in tension to a ¼-inch rod located in place of where the A-pillar posts would normally be present. In theory, such a car in a rollover accident would be provided strong support; the retainers holding the roof and rods together were meant to shear thus releasing the roof from its tension state. Additionally, the roof had a couple of novelty features. One was a brushed aluminum insert and the other was a 12-square foot backlight that could be retracted forward into the roof via an electrical switch. This idea never went into production on any Chrysler product, but a somewhat similar idea – a backlight which retracted into the trunk – was used by Lincoln and Mercury. Fresh air intakes for the passenger compartment were located in the leading edge of the roof, too.
Clamshell-type, hidden headlights and a full-width concave grille in combination with a thin bumper located along the horizontal center line and capped at each end with pod-mounted parking lights dominated the front-end view. All of it was finished with a valance panel sweeping underneath the assembly. The front fenders, with their hidden headlights, resembled the nose of a shark.
The Norseman’s hood dipped sharply in front, leaving it beneath the frontal portion of the fender line. A light crease beginning at the top of the headlight doors gained prominence as it swept back to the rear of the car and actually formed a horizontal fin along the quarter panel. The fin on the driver’s side ended with the fuel-filler door. This set of fins – as did those atop the quarters – stopped several inches short of the rear of the car.
The wheel opening were quite dramatic as well; they were low-cut in both the front and rear and each were scalloped similarly to those of Buick’s limited-production 1954 Skylark.
Outside door handles were not employed. Instead, a push-button release not unlike those of the ‘40s Lincoln Continental was used.
The rear of the Norseman was no less sensational. Other than its retractable backlight, this show car also featured elliptical nacelles housing chrome-plated bumperettes each with small, round stacked taillights. (A somewhat similar arrangement appeared on the 1957 DeSoto line.) The fastback roof flowed back so far it formed the opening for the center bumper. In profile the Norseman looked something like a rocketship from a contemporary sci-fi movie. 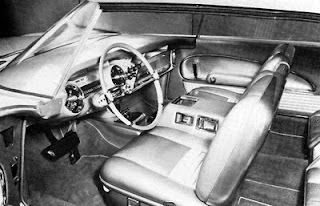 More on the sinking of the Andrea Doria can be found here: http://www.andreadoria.org/
Posted by DWT_author at 5:58 PM 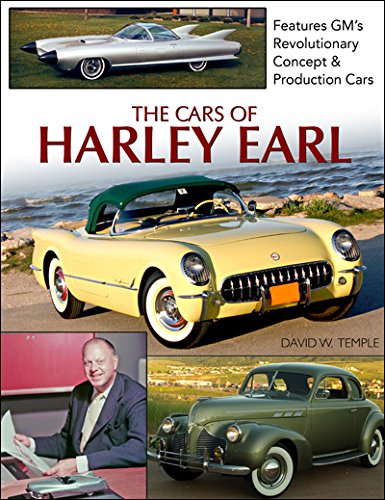 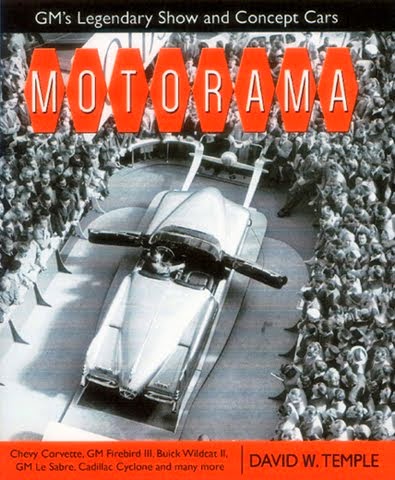